Good news if you are in London and are stuck in a Heineken pub. It'll take your mind off the beer.

Posted by Frank Little at 15:55 No comments:

Tregaron is a broadband blackspot

That news from Ofcom is not surprising. What is surprising is that there is a worse not-spot in SE England: Cranbrook in Kent.

More of the story at silicon.com.

Liberal Democrat member Gary Lewis claims that Bridgend Council's Planning Committee has been misled regarding planning application P/11/12/Ful which relates to a test borehole with a view to extracting methane.He writes: "I have read the minutes of the meeting [Planning and   Development Control Committee Meeting - 7th April 2011]  and within them it clearly states:

'.......Countryside Council for Wales
Has no objection to the proposal and provided comments on the bird breeding season.'

Whilst reading the submission from the Countryside Council for Wales (CCW) it clearly states that:

'Thank you for your consultation on the above development dated 12 January 2011. The Countryside Council for Wales objects to your proposals.'

'To conclude, we can give further views when provided with the information requested above. In the meantime, CCW objects to the proposal.'

and then goes on to list a number of items of legislation and concerns."

Gary has raised this officially and I await the appropriate body's response with interest.

If anyone was still open to be convinced that one could be both a Muslim and a responsible British citizen, then they should hear the statements given by the uncle and parents of the boys murdered during the recent looting spree in Winson Green, Birmingham.
http://www.bbc.co.uk/news/uk-england-birmingham-14515632

There was more on "Broadcasting House", which one trusts will be available on iPlayer before too long.

The 50p tax rate should stay

- at least until the UK finances are seen to be on the way to balance. Selectively reducing the contribution by higher earners will send the wrong signal to the citizenry who have been told: "we are all in this together". The rationale behind the move is said to be that the higher tax band provides "only" £750m.

If he is to ease direct taxation at all, Osborne should be working at the other end, and implement the coalition policy of taking the first £10,000 out of tax more quickly. This would provide a less inflationary stimulus to the economy, if that is what is felt to be necessary, than rewarding higher earners. It could even be paid for by the other taxation measures proposed by Vince Cable in the 2010 Liberal Democrat manifesto.

Posted by Frank Little at 09:00 No comments:

"Sunday Supplement" is now part of my regular listening. There has been yet another interesting discussion this morning, on the background to the English riots and to David Cameron's appointment of Bill Bratton as a special adviser. Bill Brereton, the former deputy chief constable of North Wales, who, as a young police officer, had been injured in the Liverpool 8 riots, revealed that Bratton has already been a regular lecturer on police training courses over here. Brereton reckoned that Bratton had little new to impart to our police.

What we can learn from the States, it seems to me, is how gang culture is developing there. This is the model for the perpetrators in England and electronic media increase the pace at which gang leaders exchange information. Local councillors or youth workers on the ground would surely be better instructors than a retired cop.

The policing models are different. But one measure which was taken in New York is applicable over here: the intolerance of all forms of crime, however minor. This in turn requires a more visible police presence on the streets. Of Los Angeles, too, Bratton says: "we realised after a while we had to send in more cops". The appointment of Bratton looks like a PR exercise, but if he publicly advises Cameron to reverse the cuts in police funding, it will have achieved something.

Posted by Frank Little at 08:44 No comments:

The Centre for Alternative Technology announces that its 2011 conference will run from 2nd to 4th September.

http://support.cat.org.uk/cat-annual-conference
Posted by Frank Little at 10:12 No comments:

In a recent opinion piece ("Sharemarket a sideshow" or "Sorry to be so sober, but the world is not ending") the veteran Australian economics commentator Ross Gittins refuses to be worried by the prevailing economic news. He is a rare calm voice. However, one of his items of historical evidence might be seen as more ambiguous on this island:

Do you remember the crash of October 1987? No, probably not. There's no great reason to. It was the biggest fall on Wall Street since the Great Crash of 1929. People were panicking on that day in 1987 much as they are now.

A commentator senior to me predicted on page 1 it would lead to a global depression. In my comment - which was relegated to an inside page - I predicted no worse than a world recession. Fortunately, my thoughts were billed as ''The End Is Not Nigh''.

Turned out we were both way too pessimistic. What transpired? Precisely nothing. Neither in America nor here [  In Australia ].

I suggest that the London crash created more lasting memories, and bitter ones on the part of those caught in the negative equity trap. It pricked the bubble of magic that surrounded Margaret Thatcher. The financial struggles of the electorate which followed almost certainly played a large part in her downfall.

We were too closely coupled to the US economy, as we were in 2008 and continue to be. Australia's growing links with the rest of the Pacific region insulated her in 1987 and will do so now. The US was too big to fail in 1987 and again in 2008. (But there are signs that her international creditors are now losing patience.) So the US merely sneezed but we caught the cold.

Spain is an interesting case. Having survived one scare over exposure to dodgy debt, she legislated to protect her banks from themselves - something that the Labour government should have been doing here. The result was that Spain's major financial institutions survived the US CDO failure, and Santander was able to pick up the choice pieces from our own bank crashes. However, the Spanish economy as a whole had become too dependent on property (as in Ireland). I haven't seen the figures, but I would guess that Spain's building boom was largely fuelled by investment from the UK. When we caught our cold, we passed it on to Spain.

With companies reporting increased profits, our economy is clearly on the mend and the stock market fall is puzzling. It is a good time to invest. There are bargains out there, but the first rule must be the age-old one: diversify.

Posted by Frank Little at 11:17 No comments:

http://www.bbc.co.uk/news/uk-england-london-14434318
We may be at the start of an upswing in all forms of lawlessness, after many years during which transgression gradually fell. The government in Westminster, and regional police committees, should be looking to reverse the cuts in funding, to be on the safe side. This is not an item of public expenditure which is likely to worry international investors.
Posted by Frank Little at 09:19 No comments:

Just to tidy up from my recent North Wales and English West Midlands trip, and to save describing the places I have been:
www.snowdonrailway.co.uk/
www.stjulittas.org/english/about.html (St Julitta's hosts an interesting exhibition of "Snowdonia in Wartime" until September. It was quite an achievement to cram so much information into such a small space)
www.purplemoose.co.uk/
www.conwybrewery.co.uk/
www.pyb.co.uk/ 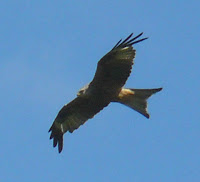 - and I am sure my long-suffering chauffeuse, my younger daughter Alice, would want me to mention a place that sustained us from time to time:
http://www.cwmnicacengri.co.uk/Welshcakes.html

Later: I forgot the birds:
http://www.gigrin.co.uk/ and
http://www.rspb.org.uk/community/placestovisit/b/glaslynospreys/
Posted by Frank Little at 13:17 No comments:

Peter Black has an interesting post about the damage that would be inflicted on the plots of classic films by the introduction of modern technology. He cites a couple of Hitchcock movies, "Psycho" and "Dial M for Murder". Coincidentally, when I found myself in a mobile phone "shadow" in Capel Curig last week (apologies to anyone who tried to reach me then), it occurred to me that it would be easy to update "North by North-West". A latter-day Cary Grant would be lured to an inn, which would turn out to be a deserted ruin, on a lonely road in Snowdonia. With no space for a footway on either side of the road, and no chance of calling for help on his mobile, he would be an easy target for an assassin on a souped-up Zetor. ("That's odd - that tractor's baling where ain't no hay".) I haven't worked out the rest of the plot yet, but I envisage a climax on the Welsh Highland Railway, with the hero and heroine embracing as Merddin Emrys plunges into the Aberglaslyn tunnel.

As to alternatives to scissors or a telephone cord as a handy weapon in a 21st-century upper-middle-class domestic setting, what about one of those massive coffee-table books?
Posted by Frank Little at 17:41 1 comment: