BBC not reporting the good news 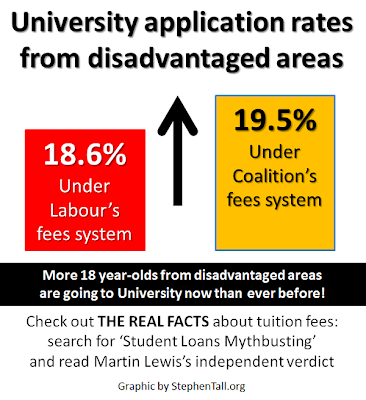 Labour said that Vince Cable's efforts in reducing the impact of increased tuition fees would not work and that applicants from disadvantaged areas would be deterred. The opposite has proved to be true.

David Heath has made clear that "the public forest estate will stay in public ownership. The previous decision to sell off 15% of the estate is rescinded, and I’ve been able to restore the budget that was cut as a result, and put a little more money in to ensure we take forward our proposals."

All these good news items formed or were part of official media releases within the past few days. The last was included in the BBC News web-site environment pages, but otherwise BBC has given hardly any coverage to them.