Farewell, Mr Nice. You were pursued for crimes which should not have been crimes and one hopes will not be crimes much longer. You brightened public life and lost your life too early.

I would like to claim that I met you when we both stood against Peter Hain in Neath in the 1997 general election. However, the law then allowed one person to stand in several constituencies and you were represented here by an agent. 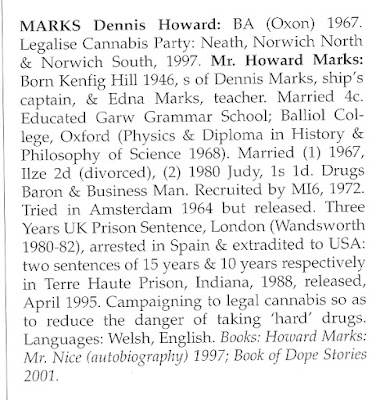