Liberal Democrats on the up, led in Westminster by a charismatic young Scot, and Labour-dominated councils seen as out of touch with local residents. It was made for a Welsh Liberal Democrat candidate in Rhos and in 1999 I almost succeeded in the first Neath Port Talbot unitary election. In dreadful weather I managed to canvass about two-thirds of the ward and who knows? if I had got round Gellinudd as well, I might have garnered the 90-odd extra votes needed to win my first council seat.

History is partially repeating itself in 2019, but there are two key differences. Firstly, I no longer live in Alltwen (it may not have been in the ward, but it was at least next-door) and secondly, Plaid Cymru, who have taken over as challengers to Labour in Rhos, are potential allies in the fight to remain in the EU. So, tempting as it was to campaign in what should be more rewarding territory for us than in two previous by-elections, I deemed it, shall we say, diplomatic, not to stand this time. Local members felt the same way.

There may be more to say when the nominations are published next week. 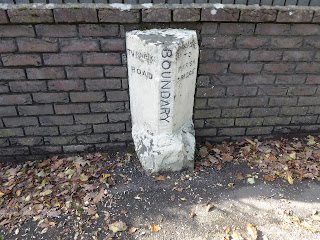